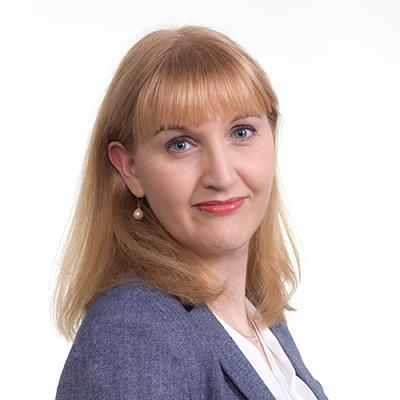 Carine Germond teaches in the BA in European Studies and Foreign Languages and in the MA in European Studies. She supervises undergraduate, postgraduate and Ph.D. thesis on any topics related to European integration history and politics. In 2022, she is Visiting Professor at the DEpartment of History at the European University Institute (EUI) in Florence, Italy (on sabbatical leave).

She has held various positions at universities across Europe and in the United States. She held a part-time professorship at the EUI (2018-2019) and worked as a (tenured) Assistant Professor in Contemporary European and International History at Maastricht University (2009-2016) in the Netherlands where she taught in the European Studies programme at both BA and MA levels. She was also the first recipient of the Clifford Hackett Lectureship in the History of European Integration at Yale University (USA), where she taught European integration to History and Political Science majors between 2005 and 2007.

She has been an expert consultant for various EU institutions and regularly contributes to the media on EU issues and politics.

Carine Germond's research addresses historical and contemporary political actors and processes impacting important international and European development. It covers key areas of (1) the diplomatic and political history of 20th-century Europe, with a focus on the role of individual leaders in Franco-German cooperation during the Cold War period and from the 1990s onwards; and (2) transnational history, with an emphasis on the role of experts and transnational societal actors in policy-making processes across several decades within the EU’s Common Agricultural Policy and in the European Parliament. In her research, she has used a range of methods of historical analysis, especially multi-archival comparative, cross-disciplinary, and transnational approaches.

Her current and planned research projects are chiefly driven by her interest in (a) the role of leading political figures and experts in political processes, (b) the role of state and non-state actors in transnational policy-making; (c) the emergence and growing significance of transnational cooperation patterns among and across states and non-state actors and (d) the transnational political and societal forces that have contributed to the evolution of International Organizations (IOs), including the European Union. She has published widely on these issues.

Her publications and research projects are structured around four main themes:

Research theme 3: Understanding the Evolution of the European Parliament