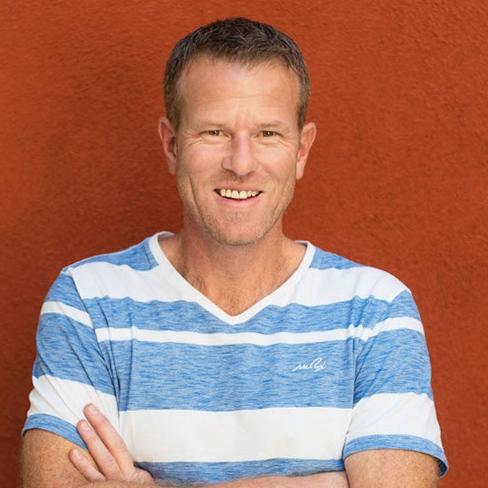 Ulrik Wisløff is a researcher, a professor and an entrepreneur in the field of exercise physiology, and the Head of the Cardiac Exercise Research Group (55 employees) (ntnu.edu/cerg) at the Dept. of Circulation and Medical Imaging, Norwegian University of Science and Technology, and he is also a Honorary Professor at University of Queensland Australia. He was appointed professor in 2008 and quickly built up an international, transdisciplinary and competitive group, as documented by >280 peer-reviewed publications and ~72 000 citations. According to Google Scholar, he figures among the world’s 4 most cited scientists in the broad field of “exercise” and the most cited Exercise Physiologist worldwide. Many of his publications demonstrate his group’s capacity to translate basic experimental research into clinical use in a short timeframe. He has served as PI of several successful national and international collaborations, demonstrating scientific leadership. He is working on projects related to optimising the benefits of exercise training in health and disease and utilising technologies to improve adherence to exercise training. Wisløff and colleagues provided the first causative evidence that low exercise capacity per se dramatically increased risk of heart disease. The study published in Science in 2005, with commentary in Nature Medicine, was ranked as one of the most important papers in the metabolism field at the time. They subsequently showed that high-intensity exercise training was safe and lead to superior improvements in aerobic capacity (fitness) and cardiac function in heart failure patients (Circulation, 2007). This line of research formed the basis for his research group; with later studies showing optimal results with high intensity exercise in various lifestyle related disorders. They revealed that temporal changes in resting heart rate predict death from heart disease in the general population (JAMA, 2011). This led to creation of a calculator to estimate fitness and so predict death in the general population. The calculator is free and available on the web and all app stores. To date 9.5 million users have used the fitness calculator; they also agreed to share their data in research. The American Heart Association now advocates the use of our fitness calculator in clinical practice (Circulation, 2016). Wisløff is also the inventor of the Personalized Activity Intelligence (PAI); a metric that calculates how much physical activity a person needs to be protected against life-style related disease and premature death. The PAI app is free and available in all app stores. Wisløff’s group has translated basic experimental evidence into clinical trials (and patient benefit) within a remarkably short timeframe, with research spanning from molecules to society, and back again. His record of accomplishment demonstrates leadership, capability and innovation required to perform ground-breaking research. Wisløff is also a committed mentor who actively supports next-generation scientists, and have personally supervised 22 postdoctoral fellows and 38 PhD students, who have gone on to have successful careers in both industry and academia. In February 2020 professor Ulrik Wisloffis was awarded the Norwegian Health Assocation's (Nasjonalforeningen for folkehelsen's) Heart Research Award. The price was handed over by the King of Norway.