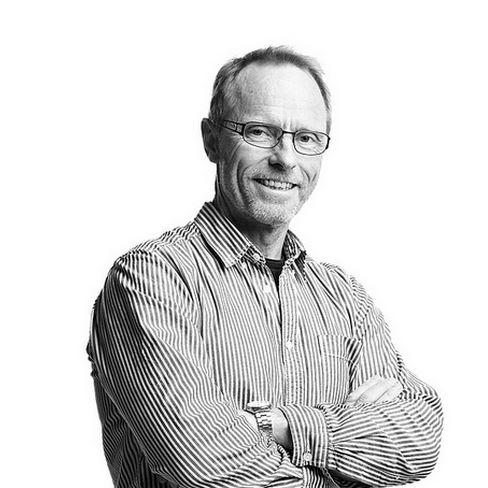 I entered the field of mammalian DNA repair in the late 1980ies, moving from plant molecular biology. I then joined the group of Professor Hans E. Krokan, and started working on molecular mechanisms underlying repair of base lesions in DNA. A primary focus of the research was to understand how the erroneous DNA base uracil was removed from DNA. Uracil is a mutagenic DNA lesion occurring several hundred times per day in each cell. It is primarily removed by the enzyme uracil-DNA glycosylase (UNG), that initiates a multistep enzymatic pathway to restore the original DNA sequence. Thanks to the recent cloning of the human UNG gene we were able produce sufficient amounts of recombinant enzyme for functional and 3D-structure analysis. This laid the basis for several fundamental discoveries concerning the functioning of DNA glycosylases, including the concept of DNA base flipping in DNA repair. Much of this research was conducted in collaboration with Prof. John A. Tainer at the Scripps Research Institute in San Diego. I was also fortunate to spend a year in his lab as a guest researcher in the mid-90ies. 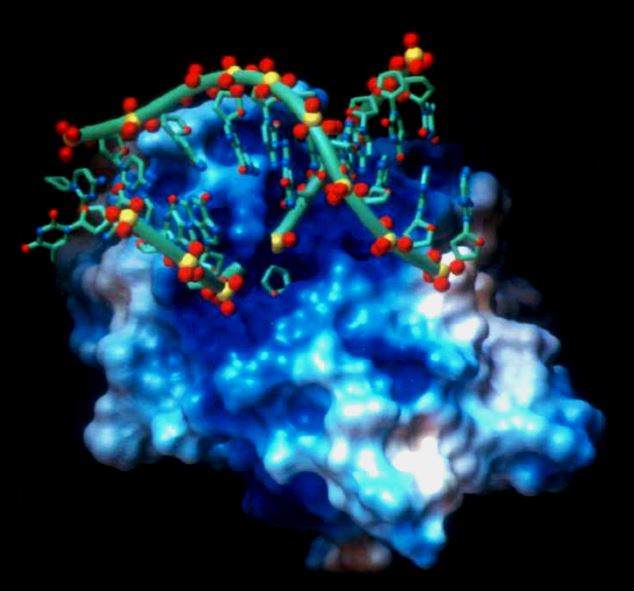 Through the years it became clear that the nuclear isoform of UNG, UNG2 is a truly multifunctional enzyme. Moreover, we now know that uracil is not a mere lesion in DNA, but can be enzymatically introduced into specific genes. In activated B-cells, the enzyme AID deaminates cytosine to uracil in the immunoglobulin genes. These uracils are also removed by UNG2. Paradoxically, however, the resulting baseless (AP) site is not repaired, but rather funneled through a mutagenic pathway that enhances the affinity as well as the effector functions of the final antibodies. Thus, both AID and UNG2 are crucial for the normal immune response, and lack of UNG2 results in hyper-IgM syndrome in humans. Moreover, mutagenic processing of genomic uracil encompasses several enzymes that normally act in DNA repair pathways, demonstrating the interplay between different cellular functions by employing common factors for different purposes. This, however, does not come without a cost. Recent large-scale sequencing of human cancers indicates that off-targeted enzymatic deamination of cytosine by the AID/APOBEC family of cytidine deaminases may be involved in the development of a large fraction of human cancers, including B-cell lymphomas. We have also observed a marked increase in B-cell lymphomas in Ung-deficient mice. 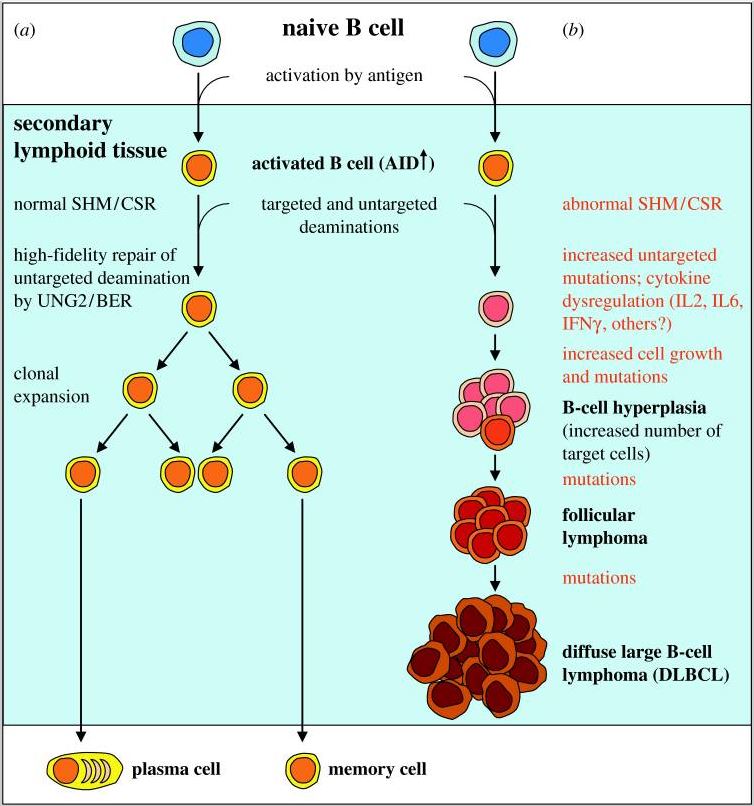 Finally, UNG2 is also important in the defense against retrovirus, e.g. HIV-1. High concentrations of dUTP in the target cells promote misincorporation of uracil in the viral DNA and host cell APOBEC proteins may promote deamination of cytosine in the viral DNA. This facilitates degradation of viral DNA by UNG2 and AP-endonuclease. In conclusion, uracil in DNA is both a mutagenic burden and a tool to modify DNA for diversity or degradation.

Employing a cellular protein for different functions can be regulated at several levels, e.g. by directing the protein to various subcellular compartments, adjusting its level through the cell cycle, or by introducing specific post-translational modifications to the protein to alter its interaction with other cellular components to e.g. form novel protein complexes. To study such phenomena in more detail we acquired our first mass spectrometry instrument for proteomic analyses in the early 2000nds. This activity has steadily grown and has allowed us to decipher novel regulatory mechanisms both within DNA repair, but also in other biochemical processes linked to human disease. We have also established analytical pipelines for quantitative determination of >50 modified bases in DNA and RNA.  This has allowed us to perform parallel monitoring of DNA/RNA modifications and protein profiling in various diseased tissues to aid e.g. biomarker discovery. A present focus of our studies is to map potential functions of DNA modifications previously considered mere lesions, in the fine-tuning of gene-expression and epigenetic reprogramming.

In 2013 the mass spectrometry laboratory at IKM was appointed a core facility for proteomics and metabolomics (PROMEC) at NTNU, and we currently perform analytical service for several research groups both within and outside NTNU.

Davi at the Orbitrap Elite 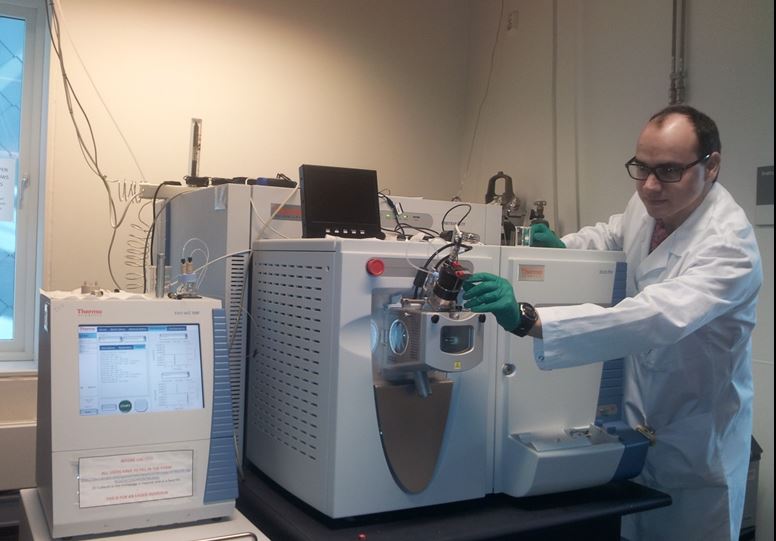 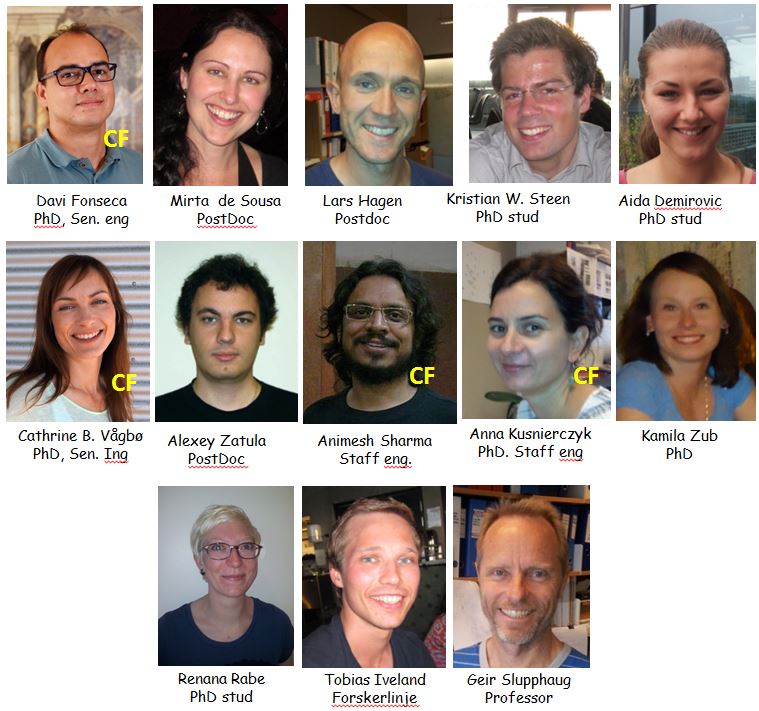