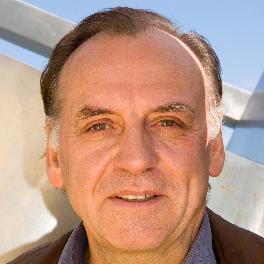 Professor in Family Medicine (20%), University of Iceland/ The Developmental at the Primary Health Care of the Capital Area, Iceland.

1975: Graduated from The Medical School at the University of Iceland.

1980: Specialist in General Practice in Sweden

1981: Specialist in Family Medicine in Iceland.

1989: Docent (associate professor, an educational and scientific degree) at the University of Gothenburg.

At the beginning of my academic career, the "docent" degree in Gothenburg was considered to be the basic pedagogic course needed for an academic chair. Besides this pedagogic degree, I have attended several courses in pedagogy, for example:

"PBL", a 3 day-course in 1999 in Iceland. Our teacher was Dr. Stewart Mennin, from Albuquerque, New Mexico. This type of teaching was implemented in the Faculty of Medicine in 2001.

Most of my pedagogic skills, however, are based on my formal positions and experience as a teacher since 1986. Of importance is what I have been teaching. This is therefore illustrated in the headlines of my lectures at CME meetings (see list of lectures below) as well as the group-based learning seminars in undergraduate teaching done with other teachers in general practice, rotating stations, small group teaching in the sixth year of medical school in 2010).

I have now held an academic position as a teacher since 1986. During this time, I have been involved in the teaching and professional development of general practice at all levels of teaching, that is, in the undergraduate, postgraduate and the CME phases. I have experience with PBL teaching, small group teaching, one-to-one clinical teaching and as a lecturer and a plenary speaker at national and international conferences.

1975-77: Trainee at hospitals and in primary health care in Iceland.

1977-78: Trainee in gynaecology and obstetrics (1 year) in Vänersborg-Trollhättan, Sweden.

1986-90: Assistant and later associate Professor of the Department of Family Medicine, University of Iceland.

2009-13 :Head of the Developmental Unit (Centre of Prevention, Education, Research and Development), Primary Health Care of the Capital Area, Reykjavík.

In the beginning of my academic career, my research was mainly within the field of epidemiology. We studied traditional risk factors for cardiovascular diseases among women. This research was based on the population study of women in Göteborg (Kvinnoundersökningen), which started in 1967-68 with a follow-up at 6, 12, 24, and 32 years. This study is still going on.

We have done several studies on the content of general practice. With the help of computerized medical records in primary health care in the 1990s, we were able to gather large databases of all primary care contacts. We studied the reasons for contact, main diagnoses and diagnostic categories, as well as the problem-solving processes.

Infectious diseases in primary care have been one of my favourite research fields. We have published several papers on upper respiratory tract infections, otitis media, Herpes zoster, and urinary tract infections. These studies are connected to further studies on prescribing habits as well as the association between frequent use of antimicrobial drugs and development of resistant bacteria outside hospitals.

Modelling studies on the implementation of clinical guidelines

In recent years I have collaborated fruitfully with the University of Trondheim on modelling studies on implementing new guidelines within the field of cardiovascular epidemiology. These studies are based on the HUNT population studies in North Tröndelag, Norway. Our present projects on multimorbidity are based on the HUNT 2 and HUNT 3 studies.

I and my co-workers have published several research papers and debate papers, editorials, books, book chapters and a supplement on ethical issues, for example, on early ultrasound screening during pregnancy, cancer screening, medicalisation and problems with implementing clinical guidelines.

From 2008 to 2010, we have collected a large amount of data based on questionnaires from pregnant women in Iceland; phase I in weeks 12-20 of their pregnancies; phase II 2-4 months after birth; and phase III 12-18 months after birth. The cohort in phase I was about 25% of all pregnant women in Iceland at that time. Several projects, PhD, MsD, and other projects, published from this cohort..

A detailed list of all publications is to be found in a separate document (see CV above).

1987 and 1993. Scientific Foundation at the University of Iceland for several projects.

1995-to present. Grants from the Scientific Fund – The Icelandic College of Family Physicians of about ISK 1,000,000 per year for different projects connected to supervision of general practitioners.

I had the opportunity to join the group which created the Scandinavian Journal of Primary Health Care and belong to the editorial board from the very start in 1982 until 2010 (28 years in all):

During this time we worked on the quality of the journal, indexing in Index Medicus, financial contracts with the publishers, layout, and creation of the Nordic Federation of General Practice, which then owned the journal.

Main supervisor for Thorsteinn Njálsson, who defended his PhD thesis 1995.

Co- supervisor for Karl Krisjánsson, who defended his PhD thesis 2002.

Supervisor for Ágústa Gudmarsdottir, who defended her MsD thesis 2008.

Co-supervisor for Hálfdán Pétursson, who defended his PhD thesis 2012.

Supervision for other academic projects and professional development

I have been a supervisor for dozens of doctors, working on smaller projects, which have led to publication of one or more scientific papers or reports. This type of supervision is further illustrated in my publication list on original papers and abstracts.

Per-Daniel Sundvall University of Göteborg 23 May 2014.

From the very beginning of the first Nordic Congress of General Practice in Copenhangen 1979, I have been involved in the arrangement of these congresses, which are held every second year in Denmark, Norway, Finland, Sweden and Iceland. I have had the opportunity to be president of all three of the congresses held in Iceland (1987, 1997 and 2007) and at present joining the scientific committé in the upcoming congress in Iceland 2017. I have participated in all of these congresses since 1979. Since 2005, During my time as National Editor of the Scand J Primary Health Care and as a member of the organizing commitées of the Nordic Congresses, I had the ooportunity to participate in the development of The Nordic Federation of General Practice, formally established in Stockholm 2005, which is now the owner of the congresses and the journal.

I have participated in several international teams and research groups with the aim of increasing the quality of primary health care and the professionalism in general practice. I will mention some of these:

(I have been on the research team the last 34 years); see further my list of publications.

The HUNT studies, together with my wife, Linn Getz, and others at the research unit at NTNU, Trondheim, Norway. See further my list of publications.

A network of 20 people, representing all the Nordic countries. We meet yearly to discuss new research fields, ideology and strategies for sustainable medicine. This co-operation has led to new ideas and formulation of new research questions. We have published book in Swedish and Danish and organized workshops on several topics at the Nordic congresses of General Practice and Wonca Europe conferences.

The Faculty of Medicine at the University of Iceland established a chair for professor in General Practice/Family Medicine in 1991. I became the first professor. Since then I have been responsible for the academic development of general practice in Iceland. The aim was to create an academic discipline meeting a standard similar to that of newly established departments in general practice in the other Nordic countries. We were responsible for undergraduate teaching, postgraduate teaching, research, development of the discipline of primary health care and administrative work within the academy. Early on we started a course in early patient contact (at 1st year), course in "Humaniora" (medicinska adfersfag), with courses in communication and consultation skills, and courses in integrated biography and biology. For the 3rd year medical curriculum we were responsible for teaching the "Scientific Methods" course in statistics and critical appraisal of the medical literature. In the 6th year we were also seeing to the clinical teaching at the health care centres.

Our academic tasks have therefore always been to support this platform. There, our college, The Icelandic College of Family Practice, has played a central role and been the main supporter of the platform and all our academic work.

In 1992, we started to create research projects based on the interests of the General Practitioners working at the Health Care Centres all around Iceland (decentralised, practice based research). The results of this work can be seen in our publications, most of which can be found in my publication list. By an agreement with the state, part of GPs salaries go to a certain Research Fund, This fund now which finances most of our research an developmental projects in primary care.

In 1995 we managed to start an educational program for specialist training in family medicine. At present we have 40 doctors who participate in this programme.

At present we have managed to establish academic general practice of high quality, but it can still be better, and we have challenging tasks ahead.