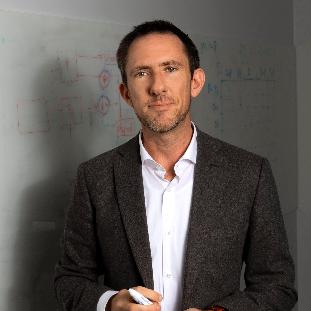 Dr. Moran is a Forsker I (equivalent to a teunured Research Professor in the US system) using applied data science in the field of environmental economics. He is an active contributor to the development and application of input-output models to track resource flows embodied in supply chains. Before starting his academic career Daniel worked on Wall Street pricing ESG risk at MSCI and assisted the Nobel laureate Paul Romer developing an economics hybrid class. Daniel began his career building the original Ecological Footprint accounts and working at several dot-com startups in his native California.

My work using data science to develop high-resolution environmental footprints has been featured in National Geographic, the New York Times, and The Economist. I have presented my work to the US National Academies of Science. My work is highly computational and I make use of HPC facilities to bring empircal data to inform sustainability questions.

According to Google, my academic papers have been cited 11,000+ times and my H-Index is 44. I have been named as one of the world's top 1% most cited researchers for the past three years.

I prioritize doing work that is robust, useful, and topical. I strive to clearly communicate and visualize science. Uptake of my work includles:

All of my publications are available at my website: folk.ntnu.no/daniemor