The right of access to documents is constitutionally based in Sweden and has a long history. The right of access is considered crucial to Swedish democracy.  On entering the EU in 1995, Sweden declared that public access to official records forms part of Sweden’s constitutional, political and cultural heritage.  The members of the EU for their part declared that they took it for granted that Sweden would fully comply with Community, now Union, law with respect to openness and transparency. Sweden continues to push for transparency when EU legislation potentially containing secrecy clauses is negotiated in the EU.  It turns out, however, that the EU membership does pose challenges to the strong Swedish right of access to documents. The protection of personal data is controversial in Sweden to the extent that the stricter EU legislation clashes with the traditionally weak protection of privacy in Swedish law; the right of access to information has largely overridden the right to privacy. Large amounts of publicly available personal data, amassed in data bases by private actors, for commercial reasons but under the protection of the Swedish constitution, is causing problems especially since the Swedish constitutional law is considered, by Sweden, to precede EU legislation in the field. Sweden will somehow have to solve the dilemmas caused by the differing traditions of transparency between itself and other members of the EU and of other international organizations. Many answers – perhaps converging - will be provided in 2016 by Swedish official inquiries and the EU Regulation. 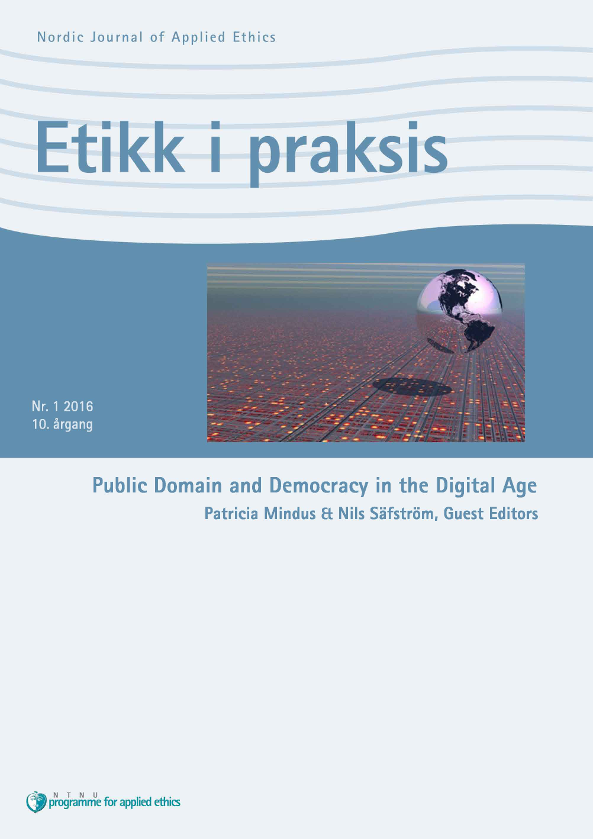 Authors who publish with this journal agree to the following terms:
Authors retain copyright and grant the journal right of first publication with the work simultaneously licensed under a Creative Commons Attribution License that allows others to share the work with an acknowledgement of the work's authorship and initial publication in this journal.
Authors are able to enter into separate, additional contractual arrangements for the non-exclusive distribution of the journal's published version of the work (e.g., post it to an institutional repository or publish it in a book), with an acknowledgement of its initial publication in this journal.
Authors are permitted and encouraged to post their work online (e.g., in institutional repositories or on their website) prior to and during the submission process, as it can lead to productive exchanges, as well as earlier and greater citation of published work (See The Effect of Open Access).
Open Journal Systems
Language
Information
Current Issue