Discretionary power as a political weapon against foreigners

The administrative practices of officials who process the admission of immigrants show severe variations in the ways in which migration policy is enforced on the ground. For the author, inequality of treatment lies in the very hierarchy of tasks and services of what he dubs, following Pierre Bourdieu, the immigration "field". According to the author, the governments’ securitizing priorities favour the sort of suspicion towards foreigners that the media then reproduces, thus authorizing so-called street-level bureaucrats to act with great leeway with regard to immigrants. Under pressure, governments implement what the author calls a "trompe-l’oeil policy" that explores the ambivalence between international and domestic law: while the state enforces repressive laws that apparently comply with fundamental human rights, it leaves to low-ranking civil servants enough discretion to make those rights ineffective. This point is the author’s central contention. The arbitrariness of these officials is neither contingent nor accidental: it actually constitutes a purposive "front-line policy" to enlarge the discretionary power of street-level bureaucrats in charge of regulating admissions. Unequal treatment comes in three flavours in this context. First, officials are asked to ensure that each right granted to a foreigner will not threaten the national order, which means the economic, social and political order. They are therefore in a position to judge the suitability of each application in view of their own arbitrary interpretation of what such "threats" consist of. The question of discretionary power is in this way intimately linked to the problem of equality before the law. Second, the scarcity of material and human resources allocated to services in charge of welcoming migrants starkly contrasts with the expenditure incurred to deport foreigners. Inequality also arises from how agents perceive users and the leeway they have to implement the law. Third, inequality is related to foreigners’ abilities and means to challenge discretionary power, especially through the legal tools they use or through legal intermediaries. The author thus concludes that such "front-line policy" has increasingly been used as a weapon against migrants, especially since the early 2000s, when immigration and detention policies were generalized in France. More broadly, in Europe as well as in United States, immigration reforms have made greater use of detention and focused on enforcement rather than on hosting programs and services for asylum seekers. But they have also strengthened the role of legal intermediaries. Hence the need to investigate how discretionary power is challenged as it sheds light on the power relations between states and migrants. 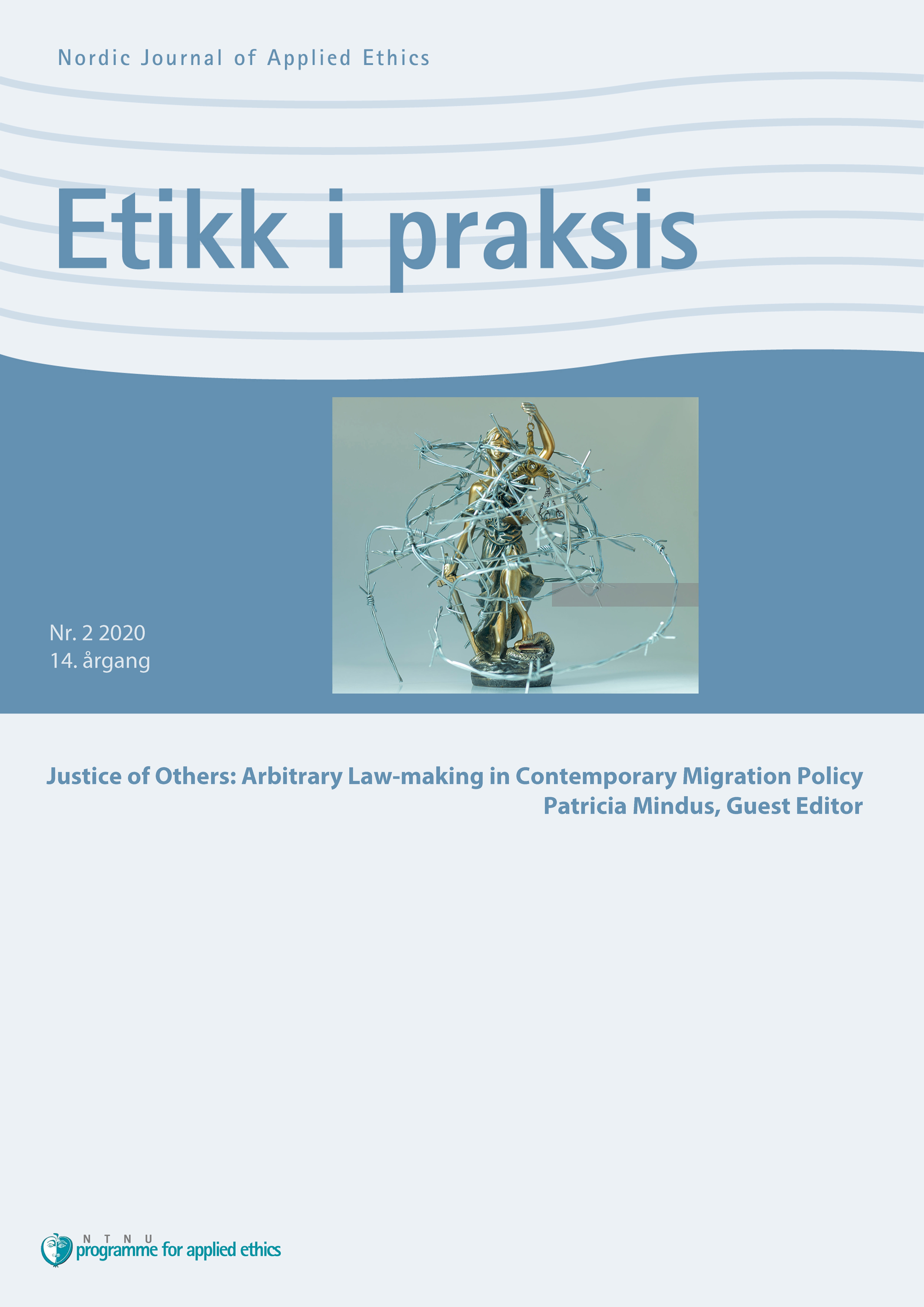 Authors who publish with this journal agree to the following terms:
Authors retain copyright and grant the journal right of first publication with the work simultaneously licensed under a Creative Commons Attribution License that allows others to share the work with an acknowledgement of the work's authorship and initial publication in this journal.
Authors are able to enter into separate, additional contractual arrangements for the non-exclusive distribution of the journal's published version of the work (e.g., post it to an institutional repository or publish it in a book), with an acknowledgement of its initial publication in this journal.
Authors are permitted and encouraged to post their work online (e.g., in institutional repositories or on their website) prior to and during the submission process, as it can lead to productive exchanges, as well as earlier and greater citation of published work (See The Effect of Open Access).