Johan Ernst Gunnerus - a conservative theologian and an enlightened scientist (?)

The article demonstrates the connections between Gunnerus’ scientific writings from his time in Germany and his years as a bishop and a pioneer in natural history research in Norway. Several topics were vital to Gunnerus throughout this period, primarily the theological and apologetic value of natural science research, the relationship between the body and the soul, the freedom of individuals, the two outcomes after death and his interest in scientific societies and collecting. Some comparison with scientific trends in other countries shows that the problems that concerned Gunnerus were among the most popular in that period. A closer examination of his scientific contacts would permit a clearer definition of his profile.There is no reason to regard Pietism and the Enlightenment as being mutually exclusive. Based on this, and supported by Gunnerus’ own texts, it is possible to see how his edifying texts and the theologicaland other scientific articles are closely connected and shed light on each other. 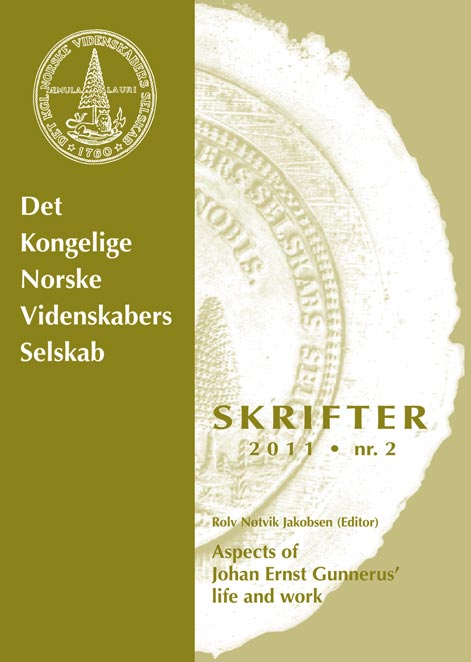