Vladimir Fock On the Schrödinger Equation of the Helium Atom, og The Principles of Relativity and of Equivalence In the Einsteinian Gravitation Theory

Vladimir Fock was born 22/12 1898 in St. Petersburg, and died 27/12 1974 in the same city, then called Leningrad. At the age of 34 he became a professor at Leningrad University. His name is associated in particular with the Hartree-Fock method in quantum mechanics and the Fock space of quantum field theory.

His times were dramatic, both politically and scientifically. He was nearly deaf after serving voluntarily in the artillery during the first World War. He participated in the early developments of quantum mechanics started by Heisenberg and Schrödinger in 1925, and earned a reputation as the father of quantum mechanics in his country. Alexander Friedmann, the founder of modern cosmology, introduced him to the general theory of relativity only a few years after this theory was put forward by Einstein in 1916. Fock published a textbook on quantum mechanics in 1931 and a monograph on the general theory of relativity in 1955.

These two theories, quantum mechanics and the general theory of relativity, were his main scientific fields of interest, and are also the subjects of his two articles published in the Transactions of the Royal Norwegian Society. The first article, from 1958, is his own translation of an article in Russian, presenting a numerical method for computing the ground state of the helium atom. His motivation is the observation that the pioneering work of Hylleraas 30 years earlier was based on a power series expansion which could not in principle be exact. The second article, from 1963, is a talk given in Trondheim in February of that year, on the logical structure of what he calls the Einsteinian Gravitation Theory. He is critical to the status attributed by Einstein himself to the principle of general relativity and the principle of equivalence. Some ten years earlier, Fock defended Einstein strongly against ideologically motivated attacks, but was too honest not to mention his own criticism. 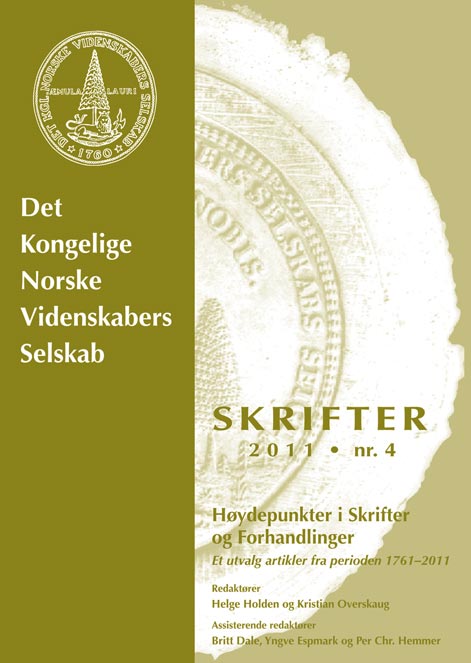