The Mint in the Nidaros Archbishop´s Palace. Coin production under Archbishop Gaute Ivarsson (1475-1510)

Archaeological excavations in the Nidaros Archbishop’s Palace in 1991–1995 revealed the remains of three medieval mints, alongside with remains reflecting the whole production process of coins. An authentic mint workshop is today exposed in situ in the museum constructed over the excavation site, and the richness of the finds makes this mint unique in its kind. The project Erkebiskopenes utmynting på 1500-tallet has undertaken to deepen our understanding of the production processes and the importance of the coinage under the office of Archbishop Gaute Ivarsson.

The multidisciplinary analyses presented in this paper permit us to conclude the following:

1) The finds document coining activity in specified houses and enable us to follow the total production chain involved in coin production, from assaying of silver-containing materials through casting, hammering, surface treatments and selection of dies for the final imprinting stroke.

2) The high number of small bone-ash cupels indicates that silver for the coins was coming from silver-containing objects and not from ore.

3) The hammering and intermittent annealing procedures are labour intensive processes. By restricting the workforce to solely one mint master and one assistant, the king made it easy to limit the amount of coins coming from the archbishop’s mint and to control the activity.

4) A number of 282 Norwegian hvids are known from the period when Archbishop Gaute Ivarsson was in office. Studies of die-links, weight and silver-content lead to the conclusion that 192 of these coins were produced in the workshop in the Archbishop’s Palace, from which 51 obverse and 29 reverse dies have been identified.

5) By establishing die links it is possible to make assumptions of the number of dies used. By estimating the number of coins that could be produced per die, suggestions on the total number of coins produced during the office of Archbishop Gaute Ivarsson end up at 600,000 hvids. This number is also in reasonable agreement with estimates made from a technical point of view when looking into the laborious processing steps from casting bullion with the correct fineness to the finished hvid.

7) The low margins indicate that the production of hvids was motivated more by its political and symbolic significance for the archbishop than by profit. 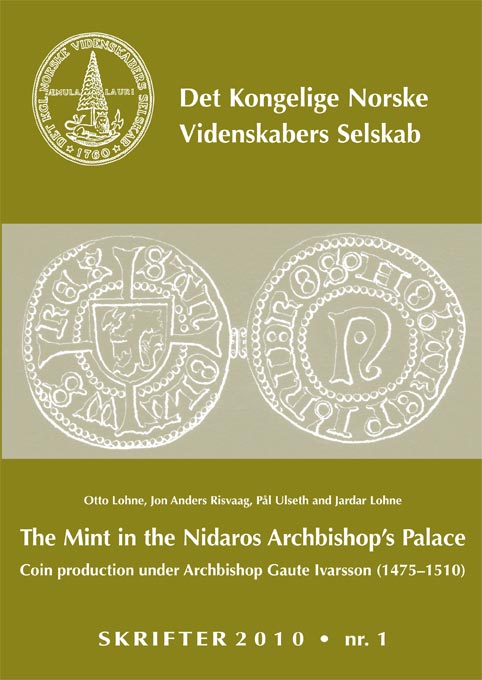