Strife of Brian: Science and Reflexive Reason as a Public Project. An interview with Brian Wynne

We met Brian Wynne in late April 2013. The place was Hell, Norway, which is nicer than it sounds, especially if you are attending the first Nordic STS Conference. We had recently established NJSTS, and when we heard that Brian Wynne was giving a keynote lecture at the conference, we took the opportunity to interview a pioneer in the field about the so-called political turn in STS. The topics of Wynne`s work ranges
from technology and risk assessment, public risk perceptions, and public understanding of science, focusing on the relations between expert and lay knowledge and policy decision-making. He has promoted STS and its democratizing potential since the very beginning, and has never been known to shy away from the more controversial aspects of public understanding and engagement in science. Neither did he in this interview: It seems despite his strifes, he is still going with a strong programme.

Professor Wynne has addended the interview with some clarifications and references.

Graeber, D. 2008. A Cosmopolitan and (Vernacular) Democratic Creativity: Or There Never Was a West. In Werbner, P. (ed.) Anthropology and the New Cosmopolitanism. New York: Berg.

Jasanoff, S. (ed.). 2004. States of knowledge: the co-production of science and the social order. London: Routledge.

Wynne, B. 1982. Rationality and ritual: the Windscale Inquiry and nuclear decisions in Britain. Chalfont St Giles, Bucks: British Society for the History of Science.

Wynne, B. 1987. Risk management and hazardous waste : implementation and the dialectics of credibility. Berlin: Springer. 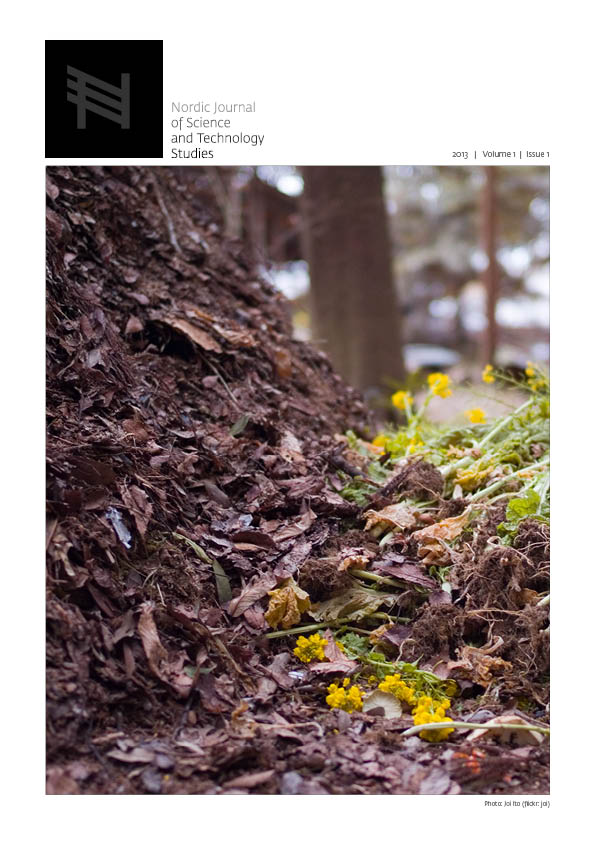 This work is licensed under a Creative Commons Attribution-ShareAlike 4.0 International License.

All content in NJSTS is published under a Creative Commons Attribution 4.0 license. This means that anyone is free to share (copy and redistribute the material in any medium or format) or adapt (remix, transform, and build upon the material) the material as they like, provided they give appropriate credit, provide a link to the license, and indicate if changes were made.