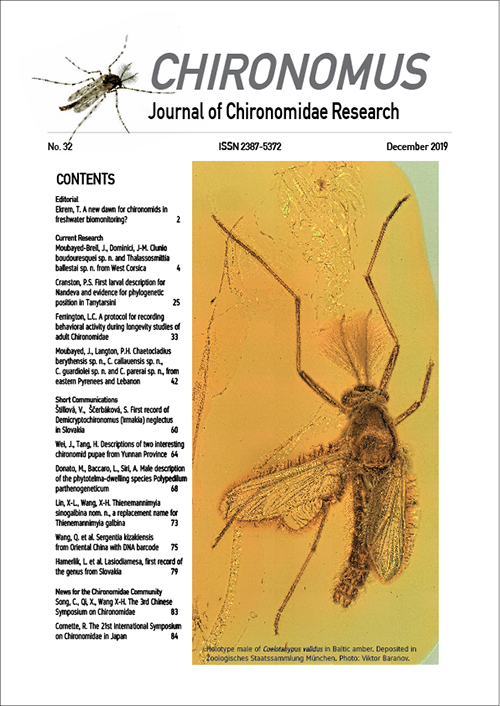 The previously unknown larva of the genus Nandeva Wiedenbrug, Reiss and Fittkau (Chironomidae: Chironominae) is suggested to be a candidate from tropical northern Australia belonging to the tribe Tanytarsini. The basis for the assumption is DNA analysis showing maximum values of Bayesian posterior probability and Bootstrap support for an exclusive sister relationship of the unreared larva with a male of Nandeva from South America. The monophyly of Nandeva has high support as a member of the subtribe Tanytarsina, although its precise relationships within this subtribe lack support.  Larval morphology is described and illustrated, and conforms to the subtribe Tanytarsina in tribe Tanytarsini. The historical tempo is discussed in relation to fossils and dating of pertinent nodes and the term ‘pseudo-gondwanan’ is used to described an extant restricted austral range, but with fossils showing a wider past distribution in the north.