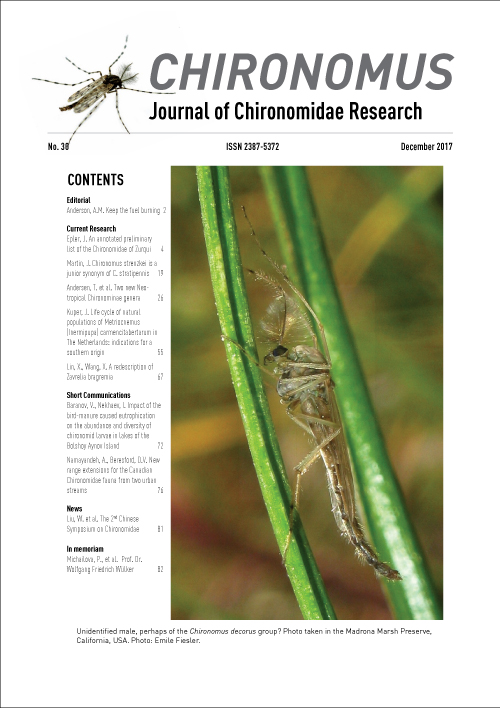 We report on 2 first records of Chironomidae for Ontario, Rheosmittia spinicornis (Brundin, 1956) and Sublettea coffmani (Roback 1975), and confirm a previous record of Odontomesa fulva (Kieffer 1919) from Ontario. Specimens of S. coffmani have been only reported from New Brunswick whereas R. spinicornis has records from northern, western and central provinces and territories. Reports of O. fulva were not con-firmed in Ontario. Here we report its occurrence for the second time in south central Ontario, confirming its occurrence within the province.