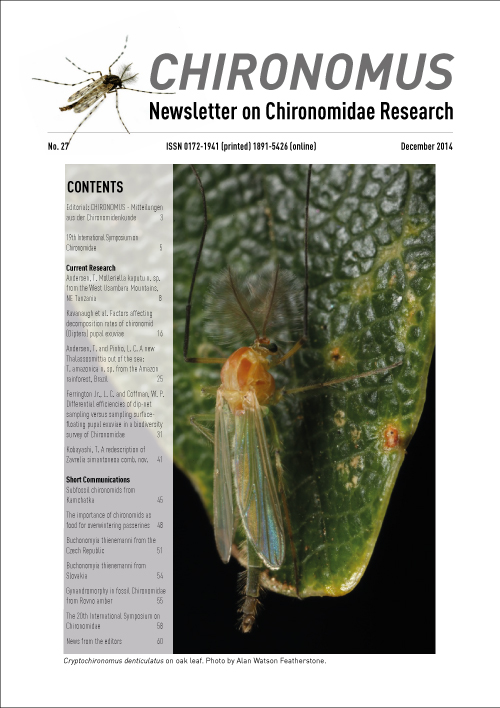 Relative efficiencies of standard dip-net sampling (SDN) versus collections of surface-floating pupal exuviae (SFPE) were determined for detecting Chironomidae at catchment and site scales and at subfamily/tribe-, genus- and species-levels based on simultaneous, equal-effort sampling on a monthly basis for one year during a biodiversity assessment of Bear Run Nature Reserve. Results showed SFPE was more efficient than SDN at catchment scales for detecting both genera and species. At site scales, SDN sampling was more efficient for assessment of a first-order site. No consistent pattern, except for better efficiency of SFPE to detect Orthocladiinae genera, was observed at genus-level for two second-order sites. However, SFPE was consistently more efficient at detecting species of Orthocladiinae, Chironomini and Tanytarsini at the second order sites. SFPE was more efficient at detecting both genera and species at two third-order sites. The differential efficiencies of the two methods are concluded to be related to stream order and size, substrate size, flow and water velocity, depth and habitat heterogeneity, and differential ability to discriminate species among pupal exuviae specimens versus larval specimens. Although both approaches are considered necessary for comprehensive biodiversity assessments of Chironomidae, our results suggest that there is an optimal, but different, allocation of sampling effort for detecting Chironomidae across stream orders and at differing spatial and taxonomic scales.