The conference proceedings from the Marine Ventures International Symposium 2013: Diversity and Dynamics in the Human-Sea Relation in Trondheim, Norway, October 2-6, 2013 is now published:

Contents, abstracts and the introductory paper (open access) are available from this link.

The book includes papers presented at the 2013 symposium” in Trondheim, that aimed to

«…promote a dialogue between colleagues working in these main fields: a) initial developments and further elaboration of marine foraging; b) technological and logistical implications of travelling by sea; and, c) interrelations between social and cognitive systems, settlement patterns and subsistence of marine hunter-gatherers. These fields of research are a fruitful meeting place for different competencies, methodologies and theoretical traditions.»

Proceedings are never able to present the full account of their aims and scope. Nevertheless, it is beyond doubt that this constellation of papers constitute an outline and illustrative cases of “Marine Ventures” from Late Pleistocene to the Historical times, in a wide geographical scope from the Arctic to the very tip of the American continent, Europe and Sri Lanka. The papers encompass marine foraging from shellfish in the littoral zone, hunting marine mammals in open sea and sea ice, adaptive diversity, trajectories, and intensification in marine foraging, seafaring, encounters and communication.

All in all, 27 papers were presented, of which 22 are included in this volume. Five of the participants at the symposium decided not to take part in the book, that subsequently do not include the interesting presentations from Carola Flores, Diego Salazar, Valentina Figueroa, César Borie, Laura Olguín, Philippe Béarez, Felipe Fuentes, Sandra Rebolledo, Hernán Salinas, Mónica Bahamondes (The development of early specialized maritime economies in the coast of the Atacama Desert, Chile: Interpreting a six-thousand year process, 11000–5000 cal BP), Mattias Petterson and Roger Wikell (To the end of the world—Recent results about seal hunters in the Ancylus Lake, 10000 years ago), Geoff Bailey (Submerged Coastlines, Archipelagos and the Long-term History of Coastal Dispersal), Aikaterini Glykou (Seal exploitation in Baltic Sea during the mid- and late Holocene), and Antonieta Jerardino, Nicholas Wiltshire, and Timm Hoffman (Cultural boundaries, environmental variables and biogeographic ranges: characterizing settlement at Soutpansklipheuwel, a rocky outcrop on the West Coast of South Africa). However, we are happy to be able to include additional papers from Jon Erlandson and Esteban Álvarez-Fernández who could not attend the symposium. All papers presented in the volume are peer reviewed.

In the editing of this book, Hein B. Bjerck has been Editor-in-Chief; otherwise editors are listed in alphabetical order. We are grateful for all contributions from our institutions, the Research Council of Norway, the authors, Russell Adams and Equinox, and all peer reviewers for making this book possible.

Hosted by
The Norwegian University of Science and Technology, University Museum (NTNU Vitenskapsmuseet)

The Marine Ventures International Symposium aims to promote a dialogue between colleagues working in these main fields: a) initial developments and further elaboration of marine foraging; b) technological and logistical implications of travelling by sea; and, c) interrelations between social and cognitive systems, settlement patterns and subsistence of marine hunter-gatherers. These fields of research are a fruitful meeting place for different competencies, methodologies and theoretical traditions. We hope that the Symposium will reflect this scientific diversity.  Funding for publication (Equinox, UK) of the Symposium proceedings is secured by the grant from the Research Council of Norway, and a publication date of 2015 is expected.

The Marine Ventures International Symposium took place at Dokkhuset in Trondheim, Norway, and was arranged by The Norwegian University of Science and Technology, Museum of Natural History and Archaeology (NTNU Vitenskapsmuseet) in cooperation with the Department of Anthropology of CADIC-CONICET in Ushuaia, Tierra del Fuego, Argentina.

The Symposium was part of the project «Marine Ventures. Comparative perspectives on the dynamics of early human approaches to the seascapes of Tierra del Fuego and Norway», which is financed by the Latin America Program of the Research Council of Norway, and focuses on similarities and differences in cultural developments in two coastal areas on different sides of the world, but also with many common features: Seascapes of Patagonia and Scandinavia.

Symposium participants were invited to the Marine Ventures Exhibition, which presented a comparative perspective on the archaeology and history of Norwegian and Patagonian seascapes. Due to Pleistocene glaciations, the natural history, seascapes and marine biotopes are comparable. Nevertheless, Norway and Tierra del Fuego have followed different lines of cultural development. The exhibition centered on the similarities and differences between these regions, with a focus on the development and dynamics of marine foraging. Differences in scientific approaches and available source material are other aspects that are highlighted. The exhibition was shown at the NTNU University Museum in Trondheim June 2013 – June 2015.

Photos from the opening of the exhibition.

A seven-hour sea-voyage through a variety of Norwegian seascapes: the Trondheim fjord, the inner coastline along the mainland – a protected channel behind an almost unbroken succession of mountainous islands and skerries and, finally, the outer coast of Northwest Norway. We stayed the night in the town of Kristiansund, situated on several small islands. In the Kristiansund area, visits a variety of cultural sites and monuments, with the main focus on marine hunter gatherers. Further, excursion by bus along the Atlanterhavsveien, voted among the world's most beautiful drives, with its seven bridges arching between the islets and skerries on the edge of the ocean. 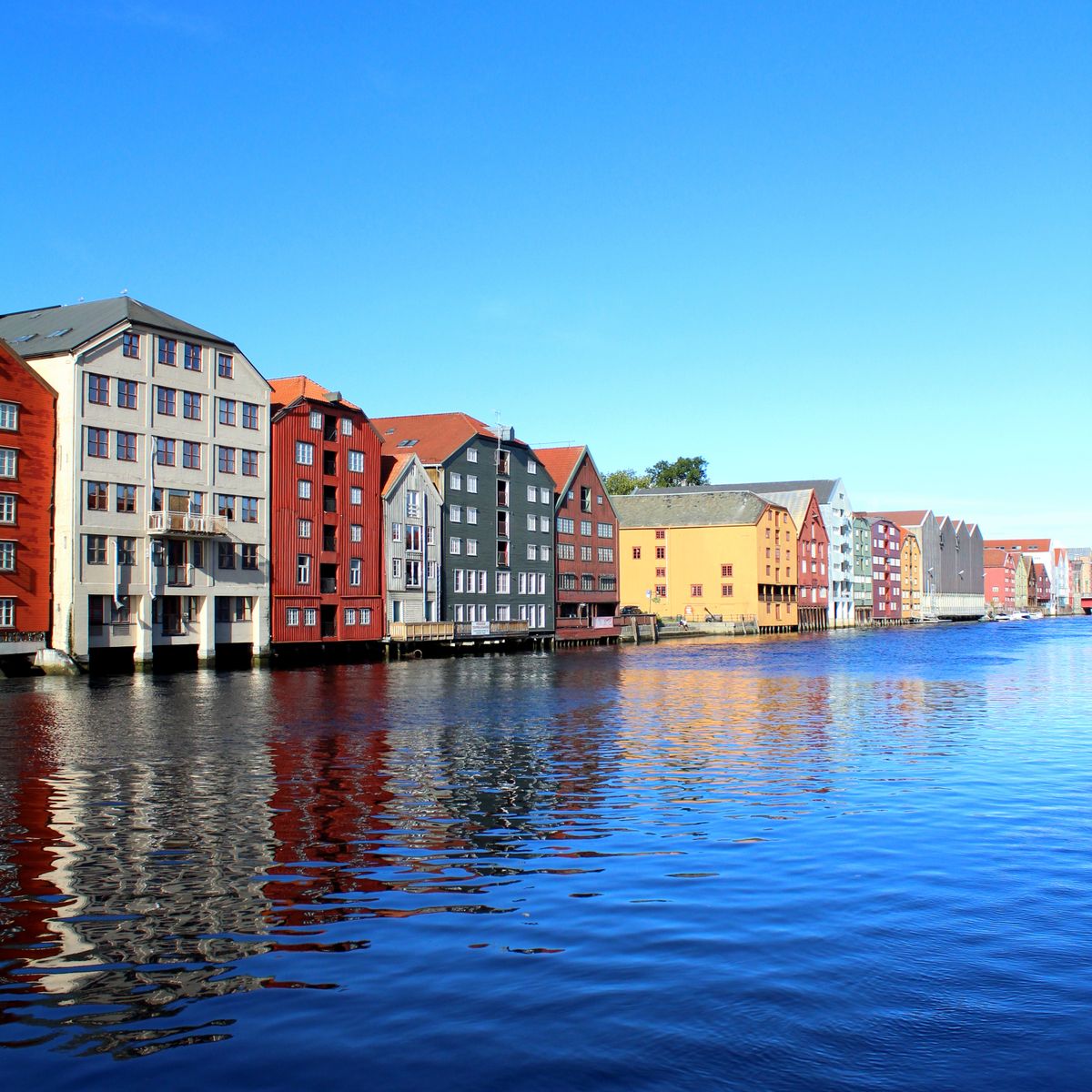 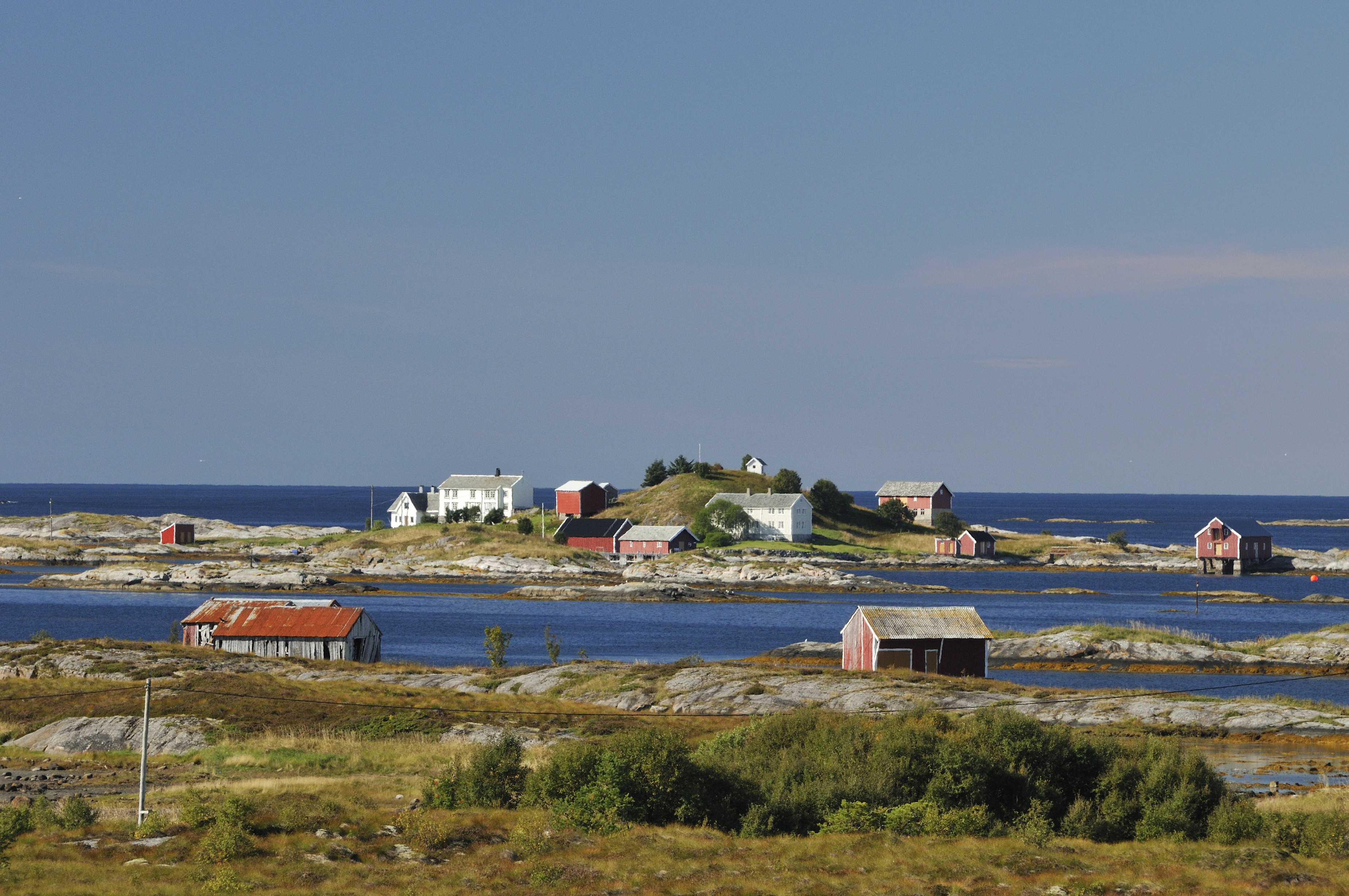